Dear Friends, Members, and Advisors:
We’re very excited to introduce our first newsletter! As our team grows and as we make progress, we have decided that a newsletter is the best way to keep everyone in the loop. So, expect to receive our newsletter regularly, and as always, feel free to reach out to us if you have any questions, comments or suggestions. And our apologies – today’s newsletter is a little long as we do want to let you know all the details of our recent trip to Switzerland!

As you know, we have been waiting for the Bahamas Investment Authority to approve our proposal. There was recently an election and a new government came into power. With everything that comes with a new government – cabinet shuffle and new ministers being appointed – we are waiting for the dust to settle and hope to obtain the necessary approvals shortly.

Some of our team members recently visited six of the most premier boarding schools in the world, all of which happen to be in Switzerland. 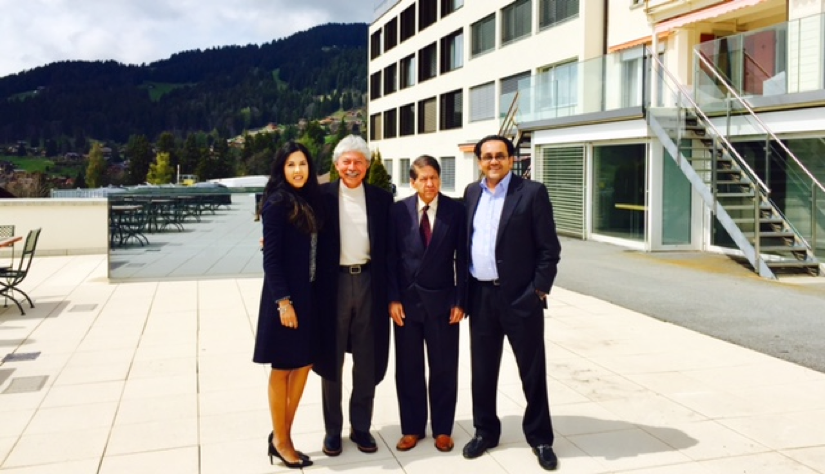 We visited Mooseheart, which is a residential school in Chicago for children from newborn to age 18 whose parents or guardians are unable to care for them. This would include children whose parents have passed away,  are incarcerated, or suffer from mental health issues. It was truly a fascinating experience. We toured their “Baby Village” which houses children under 6. There are 6 houses in this area which each have 4 children. There are two house parents per house and are responsible for raising the children. Mooseheart provided us with a binder on their child care policies – everything from discipline, to praise, to the rewards/consequence system and how to address and respond in certain situations. This information will be invaluable as we devise methods of communicating with, disciplining and raising non-verbal children. Mooseheart also agreed that they would refer our school to parents or guardians as a possible option, assuming that the child otherwise meets the criteria for admission.

We connected with Joann McPike, the founder of Think Global School (“TGS”). TGS is the world’s first traveling high school for students from Grade 9-12. The students visit 4 countries each year, spending 3 months in each. The curriculum is project-based, and the focus is on creative problem-solving. You can read more about TGS at www.thinkglobalschool.org. Joann is from the Bahamas and started the school for her son when none of the boarding schools she visited provided enough of an emphasis on global education. Joann is visiting us later this month, and we’re very excited to host her in Toronto.

We spoke with Dr. Joshua Aronson who is a developmental psychologist and professor at NYU (http://steinhardt.nyu.edu/faculty/Joshua_Aronson). He has dedicated his research to studying the connection between happiness and learning, and he has come to the conclusion that when children are happy, academics will work themselves out. He has worked with schools in impoverished neighborhoods where children have statistically performed very poorly on standardized testing. In particular, he has taught the children about meditation and mindfulness and changed the school culture to focus on student character development. In doing so, the results of their standardized tests have improved exponentially. Dr. Aronson is very excited to be involved in our school and has invited us to visit one of the schools he has been working with very closely in Maryland.