Our Executive Advisors are those who are well-equipped to provide guidance and leadership in a variety of areas.  Given the breadth of their knowledge and experience, they provide support in determining opportunities, assessing risk and managing processes. They have the expertise to advise on numerous topics with one goal in mind – ensuring the success of the Institute.

Meet some of our Executive Advisors: 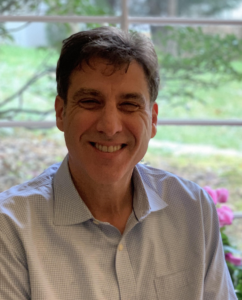 Joshua Aronson is associate professor of developmental, social, and educational psychology at New York University. Along with Professor Jennifer Hill, Joshua directs the Mindful Education Lab, a group of psychologists and neuroscientists dedicated to using research to improve the psychological functioning and learning of children confronted with stress.

Joshua is probably best known for his pioneering research on “stereotype threat” and minority student achievement, which has been cited over 6,000 times in the academic literature, cited in four Supreme Court cases, and appears in every psychology textbook for over the last decade. Seeking remedies for stereotype threat, Joshua pioneered a widely used and replicated intervention, popularized by Carol Dweck under the name of the “Growth Mindset.” Joshua’s work has been featured in popular books like Blink, Nurtureshock, Mindset, Drive, Nerve, Choke, Grit — and books with long titles like Lean in, How Children Succeed, Intelligence and How to Get It, and Whistling Vivaldi. Before coming to NYU, he taught at both Stanford and University of Texas Austin.  Aronson’s research focuses on the social and psychological influences on learning, achievement, and well-being.

Listed by Education Week as one of the most influential education scholars in America, Joshua is the Editor of Improving Academic Achievement (Academic Press) and Readings about the Social Animal and is Co-author of best-selling text, The Social Animal (Worth) with his father Elliot. Joshua has received numerous awards and grants for both research and teaching, including early career awards from the American Psychological Association’s Society for the Psychological Study of Social Issues and the William T. Grant Foundation, the National Science Foundation.  Most recently he was awarded the Scientific Impact Award from the Society of Experimental Social Psychology for his research on stereotype threat.  Aronson is also an award-winning teacher, recipient of the G. Stanley Hall Lecturer Award from the American Psychological Association, and the Carl Rogers Laureate Award from the Kappa Delta Pi (the honor Society of teachers), and the Teaching Excellence Award from NYU Steinhardt. His current work is devoted to helping schools become environments that promote excellence in cognitive, socio-emotional, and moral development.  His current work helps schools improve by incorporating mindfulness and meditation into classrooms and by developing 4-dimensional curriculum into improving IQ, curiosity, critical thinking and self-control, and purpose.  Aronson’s laboratory also works with New York University’s School to Prosperity Pipeline, which serves children aged 4 to 22, with scientifically based interventions to promote emotional functioning, wellbeing, and college readiness.

Glenn Manning works with schools to help them use data and research-based strategies to build caring, inclusive school communities where students feel safe and supported and learn to become responsible and constructive members of a community. He has held positions in educational organizations that span the public, private, and non-profit sectors and now works to help school communities develop systems that specifically encourage young people’s social, emotional, and ethical capacities. Glenn earned a Master of Education in the Learning and Teaching program at Harvard Graduate School of Education and a Bachelor of Arts in English from Saint Michael’s College. 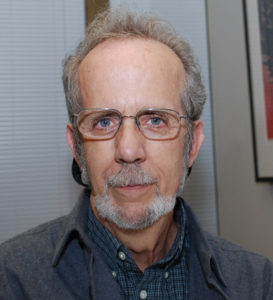 Craig Roland has over 40 years of experience teaching art in various educational settings.  Before joining the School of Art and Art History faculty at the University of Florida in 1988, Dr. Roland taught Art Education classes at Eastern Illinois University and Purdue University. Prior to his university career, he taught art at The American Foundation of Monterrey, Mexico and at Shawnee Middle School in Lima Ohio.  Over the years, Dr. Roland’s research interests have included teaching thinking through art and design, exploring ways of supporting and transforming teaching and learning in art through the use of technology, and improving professional development practices for art teachers. In 2007, he started a social network called Art Education 2.0 with the goal of connecting art classrooms around the globe. Over the past decade, this network grew to over 15,000 members who joined the site seeking innovative classroom ideas, useful curriculum resources, and professional dialogue. More recently, Dr. Roland spearheaded the development of an Online Master of Arts in Art Education at the University of Florida that currently services nearly 100 distant students. This program transformed the way graduate studies in art education is approached at the University of Florida.

Geoff Roberts is a seasoned and knowledgeable educator with over three decades of independent school experience, most recently as the past Headmaster of Crescent School in Toronto, Canada.   He has served on the boards of the International Boys’ School Coalition, and the Conference of Independent Schools.  He currently sits on the Canadian Advisory Committee for Neuchatel Junior College and is the Managing Director of Branksome Hall Asia in Jeju, Korea.  Mr. Roberts is a consultant and coach for many independent school Heads and Deputy Heads across Canada.  He has presented and published extensively and holds a Bachelor of Arts (Honours English) from Victoria College, University of Toronto, and a Masters in Education (Curriculum) from the Ontario Institute for Studies in Education at the University of Toronto.

Michael Bryant is a former Attorney General of Ontario, (2003-2007), having served a decade in the Ontario Legislative Assembly, and six years as a Cabinet Minister. Mr. Bryant is a lawyer and Ex Officio Bencher at the Law Society of Upper Canada. Previously he served as Special Advisor to Norton Rose Fulbright LLP, and as a litigation associate at McCarthy Tetrault LLP. Mr. Bryant is a graduate of the University of British Columbia, Osgoode Hall Law School and Harvard University and clerked at the Supreme Court of Canada in 1992.   He was a Lecturer in Law at King’s College London, and adjunct professor at the University of Toronto and Osgoode Hall.  He is currently Chair of the Public Accountants Council, a Barrister at King Law Chambers and director at several charities.  He lives in Toronto with his two children.

Poonam Thadani has Global Experience in Technology, Finance, and Pharmaceuticals. She has worked for Novartis and was involved in setting up the first Global Services Operation in India. In addition, she has worked in Telecommunications in Japan and carried out research projects for satellite connectivity in difficult terrains to facilitate programs such as distance education and the provision of live medical support via video conferencing.  Poonam has also performed assignments in Hong Kong. She has successfully championed Human Rights causes in India (Getting the 200-year-old Articles of Association changed to admit women members in the Cricket Club of India).

Poonam has a degree in Computer Engineering. She lives in Palo Alto, CA and is pursuing her Masters in Business Administration.

Tina Medina is the VIBE Movement’s Founder and Director of Community Transformation and works tirelessly to promote healthy relationships between youth and the adults who support them. Taking a restorative approach to building community and strengthening relationships based on trust and mutual respect, the VIBE Movement offers products and services to help teachers, parents and community members learn and apply best practices around positive youth development, social-emotional development, and culturally responsive teaching.

Medina is also a Program Officer at the Kroc Institute for Peace and Justice. Working primarily with San Diego’s Local and Emerging PeaceMakers, Medina has designed, implemented, and managed several large-scale youth development programs focused on social cohesion, self-efficacy, change-making, and peacebuilding. For example, Medina launched the Social Fabric Initiative in summer 2018 which builds small teams of high school students, university-level interns, and field-based professionals that work together to design and implement small-scale change projects around the social justice and environmental issues they are most passionate about.

Before she became a program officer and social entrepreneur, Medina spent 12 years as a teacher in San Diego and developed a sustainable youth leadership program that was for youth, by youth. The program trained young people to facilitate dialogue among their peers on issues of conflict prevention and resolution and relationship building. In recognition of her leadership of the program, she was given the Unity in Action Award by the San Diego Hate Crimes Coalition. In 2013, Medina earned a masters in peace and justice studies from the University of San Diego’s Kroc School and found her passions for education and peace align through restorative practices. For her teaching and work promoting peace in schools, Medina was recognized as the 2012 and 2016 Season for Non-violence Teacher of the Year.

Medina also spent much of her youth living, working, studying and volunteering abroad in humbling places like South Africa, India and Vietnam. With almost 30 countries and 20 states under her belt by the time she was 26, Medina got a good glimpse of a world that was full of both love and destruction. She realized at a very young age the meaning of global citizenship, the duty we owe each other as human beings, and the impact one person can have. She currently lives in Vista, CA with her two daughters and is always reflecting on how she can be a model for their evolution into compassionate human beings.