Our Children’s Rights & Care Advisory Board is comprised of those individuals who have a background in working with vulnerable children specifically in developing countries.  They are lending their expertise in devising policies and procedures to ensure the well-being of our students.  This Advisory Board also consists of leading child rights experts who are lending their knowledge and skill in ensuring that our students thrive.

Meet some of the members of our Children’s Rights & Care Advisory Board:

Dr. Indra Narang is the Director of Sleep Medicine at the Hospital for Sick Children, Toronto, Senior Associate Scientist at the Research Institute, Toronto and an Associate Professor of Paediatrics at the University of Toronto.  Dr. Narang completed medical school, pediatric and respiratory training in the United Kingdom. She also completed a 3-year research degree and was awarded her “Doctorate of Medicine” at the University of London. Following this, she undertook training in Sleep Medicine at the Children’s Hospital of Philadelphia, U.S.A.  She was appointed as Faculty at the Hospital for Sick Children in 2007.

Dr. Narang has established the largest and most comprehensive pediatric sleep program in Canada which will evaluate children with sleep disorders from all across Canada. This program has advanced the clinical care and reduced morbidity related to sleep disorders in both healthy children and children with underlying diseases. This program is coupled with a large research program which conducts state of the art clinical research. She has also established a strong educational program to train the next generation of pediatric sleep physicians. Dr. Narang is a keen advocate for equal access to health and education for all children.

Dr. Mahendra Sheth is a medical doctor with a Diploma in Tropical Paediatrics from Liverpool School of Hygiene and Tropical Medicine as well as a Certificate in Health Policy and Financing from London School of Hygiene and Tropical Medicine.  He has contributed to several global initiatives such as polio and measles eradication, strengthening routine immunization, improving maternal and child health, combatting child malnutrition, elimination of micronutrient deficiencies and food fortification.  He has also worked in complex emergencies in Ethiopia, Sudan, Malawi and in emergencies in Syria, Lebanon, Jordan, Iraq, Libya, Sudan and Yemen. Dr. Sheth has worked with UN agencies (UNICEF and UNHCR), NGOs (Save the Children Fund UK), and the Ministry of Health in several complex emergencies as well as a regular programming environment. From 2003 to 2013, he worked in the UNICEF Regional Office in the Middle East and North Africa as the Chief of Child Survival Cluster supporting UNICEF’s programs in 21 countries in immunization, polio eradication, maternal and child health, nutrition and Water and Sanitation in collaboration with World Health Organization, the UN and bilateral agencies, CDC Atlanta, Emory University, Ministries of Health, Ministries of Planning, other government agencies and NGOs.

Dr. Sheth’s other assignments include: Regional Advisor YCSD a.i. for UNICEF in Bangkok from March – April 2016, Senior Consultant for UNICEF Comoros from Sept 2014 to April 2015, UNICEF’s Chief of Health and Nutrition from 2000 – 2003 in Ethiopia; UNICEF Programme Coordinator/ Deputy Representative in the Sultanate of Oman from 1994 – 2000; Chief of Health in UNICEF Sudan from 1990 – 1993; in Malawi from 1988 to 1989 as Health Coordinator for UNHCR and in Ethiopia from 1980 – 1988 with Save the Children Fund UK as Senior Medical Officer. 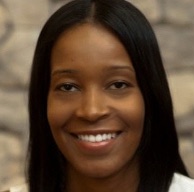 Sakeenah Boyd is the Director of Health and Wellness at Christina Seix Academy, a private school that provides children from underserved communities with a rigorous, holistic education. She began her career in healthcare as a registered nurse before earning a Master’s Degree from the University of Pennsylvania. As a Pediatric Nurse Practitioner, her previous work includes directing inpatient care units, outpatient care, emergency rooms, and clinical research projects at The Children’s Hospital of Philadelphia and Virtua Hospital in New Jersey. Sakeenah also attended the Wharton School of Business at the University of Pennsylvania to expand her healthcare expertise into other industries serving children. She has experience working with multiple patient populations and diverse organizations and considers it a privilege to be entrusted with the health care of children.
With her experience in collaborating closely with physicians and senior administrators to ensure quality outcomes at hospitals, she uses that framework to partner with administration and staff at Christina Seix Academy. She advocates for improved health within the school through evidence-based practices of preventative care, comprehensive assessments, nutrition and health education and physical activity which are closely connected to improved academic outcomes and life-long wellness.