The Foundation has created a Community Alliance Advisory Board comprised of well-established educators and entrepreneurs in Panama City to act as a liaison between it and the community.  These advisors will be tapped into the issued faced by the community and will generate ideas on how the Institute may be able to benefit the community.

Meet our Community Alliance Advisory Board: 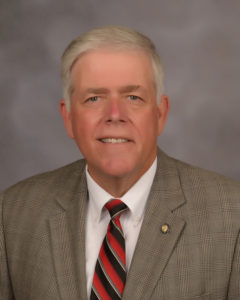 Superintendent Husfelt is the sitting Superintendent of Schools for Bay County and has been in this role for the past 11 years. Prior to this, he served as a high school principal for 12 years, before which he was a teacher in various secondary schools.  Originally from Panama City, Superintendent Husfelt holds a Bachelors of Secondary Education and a Masters in Educational Leadership from Florida State University.  He has been awarded various honors throughout his career, most notably, Florida Nominee District Administrator of the Year (2002, 2004, 2005, 2006) and Florida Department of Education Regional Principal Award (2005, 2007).  Given his vast expertise in the education sector and his sizable network in Panama City, Superintendent Husfelt will be instrumental in not only assisting the Foundation to establish its roots in the area but to help the Institute integrate itself into the community. 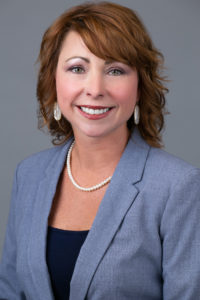 Ms. April Wilkes began working at The St. Joe Company in 2001 in the role of Project Coordinator.  Over the years, April’s’ position has increased in responsibilities and she served in various capacities including Manager of Regulatory & Public Affairs.  In early 2018, April accepted the position of Executive Director of The St. Joe Community Foundation.  In her new role, she leads the Foundation’s efforts of enriching the quality of life in Northwest Florida with a key focus in the areas of Education, Healthcare, Environmental Stewardship and Cultural Arts.

Ms. Wilkes holds an undergraduate degree in Business Administration from Husson University in Maine.  After relocating to Panama City, Florida in 1999, April married Michael Wilkes, a 3rd generation Bay County resident, in 2000.  Michael has worked as a lineman for Gulf Power since 2000.  April and Michael have two daughters in the Bay County school system.  Additionally, April serves on the Gulf Coast State College Foundation Board and the Panama City Beach Chamber Board.  With her understanding of the community needs and her network of contacts, April will be a great resource for Casa Laxmi in Bay County.