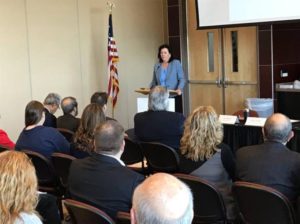 At Wednesday’s Bay Economic Development Alliance meeting, the EDA and Bay County Commissioners announced Casa Laxmi Foundation, Inc. 501(c)(3), is establishing an international boarding school for students in Kindergarten through 12th grade. They say the project represents an investment of about $117 million and will bring 300 jobs to Bay County. The average wage will be more than $50,000 annually.

Casa Laxmi representatives say the institution will recruit students from around the world. They say half of the students will be fee-paying while the other half will be on scholarships through the Casa Laxmi Foundation. The curriculum is reportedly a world-class educational program and will instill servant-leadership principles.

About 300 students will be enrolled at the school.